Why do electric vehicles heat up the battery before a fast-charging session but run cooling systems while cruising? Why do EVs lose range in the cold winter months – and how can QuantumScape’s battery technology overcome these challenges? In this post, we’ll take a closer look at how temperature directly impacts overall performance in three leading types of batteries: the legacy lithium-ion battery, alternative solid-state cells, and the QuantumScape cell.

Imagine a skateboard rolling up and down a hill. You put energy in to push it up one side of the hill, and when it rolls down the other side to the bottom, it carries the energy you put into it. However, this process is not perfectly efficient, as other forces acting on the skateboard – like friction and wind resistance – take energy away and slow it down. 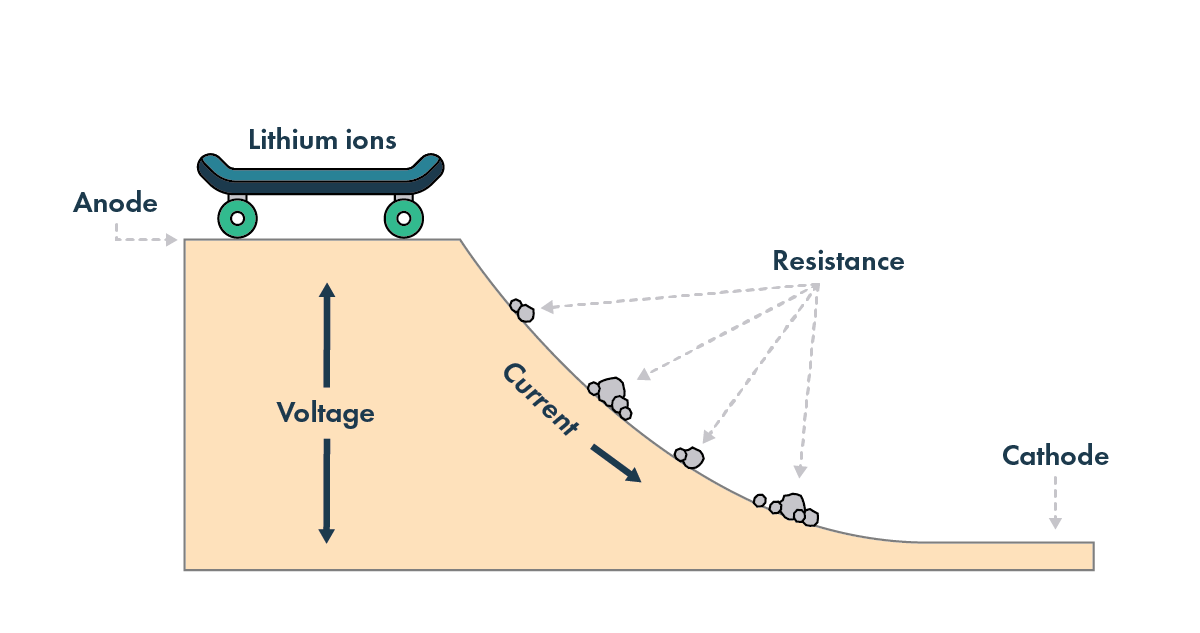 Much like the skateboard, there are factors that affect the energy you can get out of a lithium-ion battery cell – key among them is temperature. And the impact of temperature varies in different cell types.

In a legacy lithium-ion battery, the lithium atoms move through a liquid electrolyte that touches both electrodes. This liquid electrolyte is optimized for moving lithium ions across the battery and in and out of the cathode and anode. The lithium ions move more easily when the battery is hotter; think of a knife cutting through warm butter compared to cutting through cold butter. Another way to describe this is to talk about the cell’s resistance[3] – the lower the resistance, the easier it is for lithium ions to move across the battery.

At low temperatures (usually below 0 °C), the resistance of the battery will increase, limiting the power that the battery can deliver and locking away some of the stored energy. A cold battery also can’t charge quickly. The cold graphite in the anode doesn’t absorb lithium quickly enough, so the lithium plates[4] on the graphite’s surface, potentially causing dendrite formation. And below a certain temperature threshold, the liquid will freeze, stopping the movement of lithium ions and shutting off the battery. 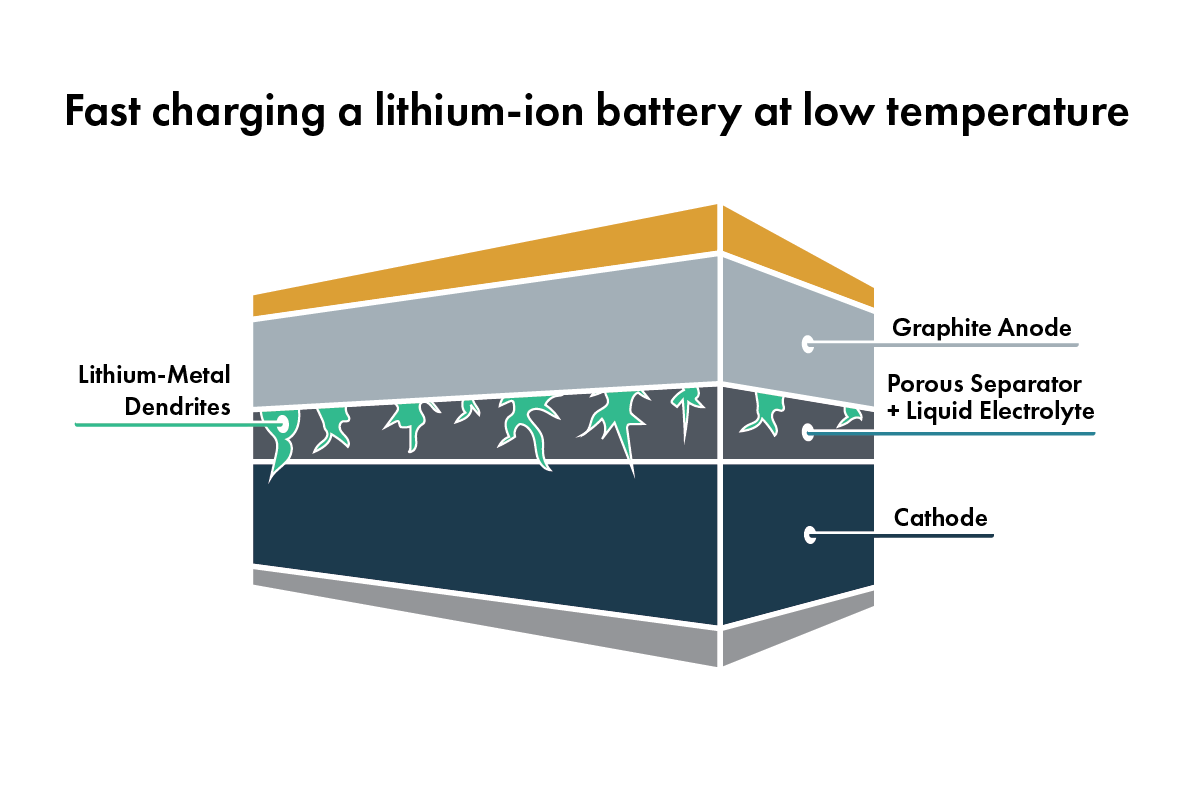 If heating the battery reduces resistance, shouldn’t hotter temperatures improve battery performance? Not so fast. There are also negative side effects to high temperatures. For example, the liquid electrolyte is highly reactive with the materials that make up the cathode and anode. These reactions increase at higher temperatures and consume lithium, reducing the overall available energy in the battery. They also fill up the surfaces of the electrodes with junk[5], which increases the resistance of the battery – so instead of skateboarding down a smooth, freshly paved street, it’s more like going down a gravel road. As temperature rises, the number of these reactions increases dramatically, producing even more junk and shortening the life of the battery.

This junk buildup is not the only problem that occurs at high temperatures. Both the liquid electrolyte and polymer separator in a legacy lithium-ion battery are extremely flammable. If the temperature passes a certain point, the battery will go into thermal runaway, which can lead to self-ignition and explosion. Thermal runaway is one of the primary safety risks of modern EVs and the reason they must have more complex, bulkier and more expensive thermal management systems.

However, many of these constraints spring from problems caused by the liquid electrolyte and the graphite anode. If battery scientists could eliminate the liquid and graphite, the issues of chemical junk at high temperatures and lithium plating at low temperatures could be minimized or even completely resolved. The ideal would be an anode made of pure lithium (i.e., a lithium-metal anode) coupled with a stable solid electrolyte. This is where solid-state batteries come in.

The main problem with switching to a solid electrolyte is that solids offer a lot more resistance than liquids, just as it’s easier to swim through water than ice. A common workaround for this problem is heating the battery cell because many solid electrolytes have a relatively acceptable level of resistance at high temperatures. It’s common to see alternative solid-state technologies tested at 60 °C (140 °F) or more. At such high temperatures, lithium atoms slide very easily through the solid electrolyte, even at high rates of power such as 1C[7].

However, as the temperature is decreased to more realistic levels for automotive applications (25-30 °C or 77-86 °F), the resistance tends to increase dramatically, even at very low rates of power (C/10[8]). As power demands increase, these alternative solid electrolytes don’t allow the lithium ions to pass smoothly, and available energy falls off steeply. At power rates of 1C, it’s not uncommon to see less than 20% of the energy accessible at room temperature, rendering the battery essentially useless for EVs. A battery like this is like a skateboard stuck on a gravel road, unable to deliver more than a tiny amount of power.

The key point to remember is that resistance in a solid-state battery can be reduced, and hence performance increased, by making the battery very hot. For instance, some electric buses use solid-state batteries operating at 80 °C (176 °F). But this won’t work for passenger vehicles because it requires large, heavy, and expensive thermal management systems to keep the battery at high temperature and bring resistance down to operational levels.[9]

And even if the resistance of the solid-state separator is acceptable, if it can’t prevent dendrite formation, it will still have to be operated at high temperatures at which the lithium softens and becomes less likely to grow dendrites. In the case of unstable solid electrolytes like the sulfides, this will accelerate the decomposition of the electrolyte at the interfaces with the electrodes and shorten the battery’s lifespan, just like in a conventional liquid-electrolyte battery.

The first difference between other solid-state batteries and the QuantumScape cell is our ceramic solid-electrolyte separator. We have published data showing our separator can prevent dendrites from forming under practical operating conditions and temperatures. The separator can also be made very thin, which means resistance is very low, not only at room temperature but also much colder. Additionally, the ceramic doesn’t react with lithium in the way liquids or sulfides do. This means the anode doesn’t fill up with junk and efficiency remains very high, unlike many alternative technologies.

The second advantage of our technology is the catholyte – an organic liquid and polymer combination that helps lithium ions move smoothly from the cathode into the solid electrolyte separator. However, since our ceramic solid-electrolyte separator chemically isolates the cathode from the anode, there is minimal risk that the catholyte will react with the lithium metal on the anode, unlike other lithium-metal approaches that use a liquid electrolyte instead of a solid.

In addition, unlike liquid electrolytes in legacy lithium-ion batteries that must be stable in both the high-voltage cathode and the low-voltage anode, the QuantumScape cell is designed to prevent the catholyte from coming into contact with the anode entirely. So instead of needing to be optimized for stability under a range of voltages, the catholyte can be optimized for conductivity at lower temperatures, helping minimize resistance in the cold. This is why QuantumScape’s cells perform well in low-temperature tests.

This chart, first released during our Battery Showcase event, demonstrates that our fundamental cell chemistry has been shown to retain capacity well, even when discharged at cold temperatures ranging from 0 °C to -30 °C. By contrast, a liquid-electrolyte lithium-ion battery with a state-of-the-art carbon/silicon anode, similar to the cells found in modern electric vehicles, delivers less energy per unit of mass at -25 °C.

As long as lithium-ion battery EVs have been on the road, it has been challenging to manage and optimize battery temperature to ensure good performance and an acceptable lifespan. These problems stem from the fundamental limitations of legacy lithium-ion designs, and previous attempts at solid-state batteries have been unable to improve on these limitations. QuantumScape’s technology represents the next step in lithium batteries, one that, by solving key challenges, enables across-the-board improvements in performance and usability.

[3] Resistance is a measure of the opposition of a material to the flow of current. A battery’s internal resistance results from the cumulative effect of different phenomena that hinder the electrochemical reactions and the flow of charges (lithium ions and electrons) through the different components of the battery. High internal resistance reduces the energy that can be extracted from the battery because part of the energy is wasted internally in those processes. The inverse of resistance is conductance, a measure of how easily charges can move across a material. For example, an electrolyte with a low ionic conductivity will increase the battery’s resistance due to the more sluggish movement of the lithium ions through it.

[4]Plating is the process of depositing lithium metal in the anode during charging. Lithium ions move through the separator and then plate on the surface of the anode as a kind of metal coating. In a battery with a graphite anode, this plating damages the health of the cell.

[7] 1C refers to a one-hour charge or discharge.

[9] Additional drawbacks of this approach are that it also uses a lot of extra energy that could otherwise be used to propel the vehicle, and it typically requires the battery be kept plugged in when not in use to maintain operating temperatures. 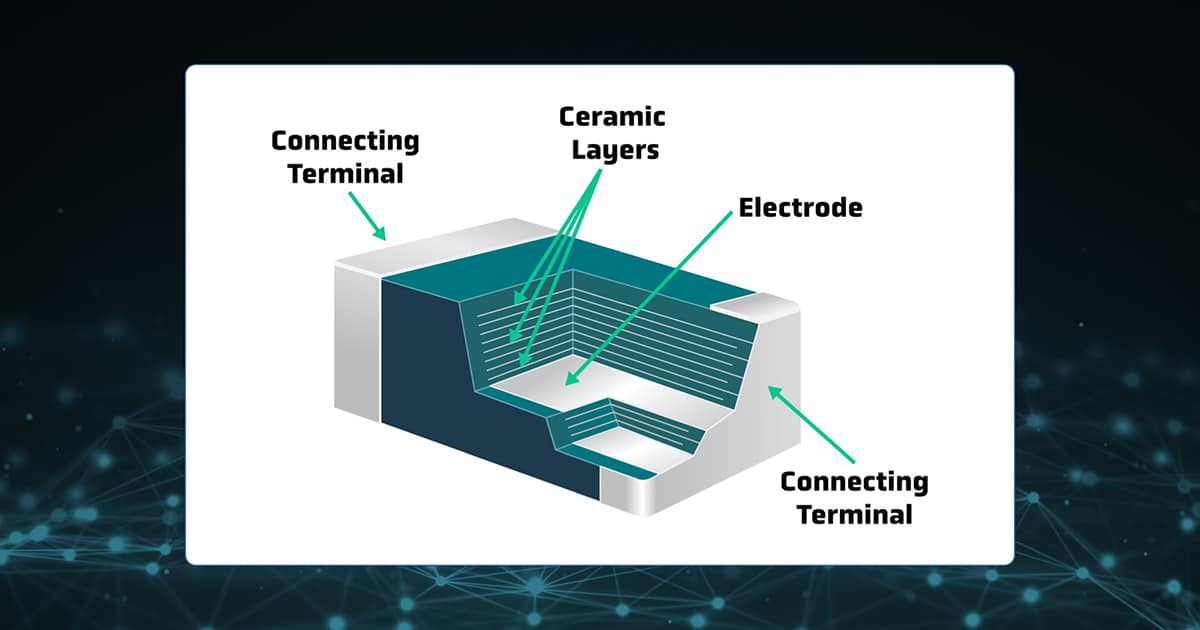 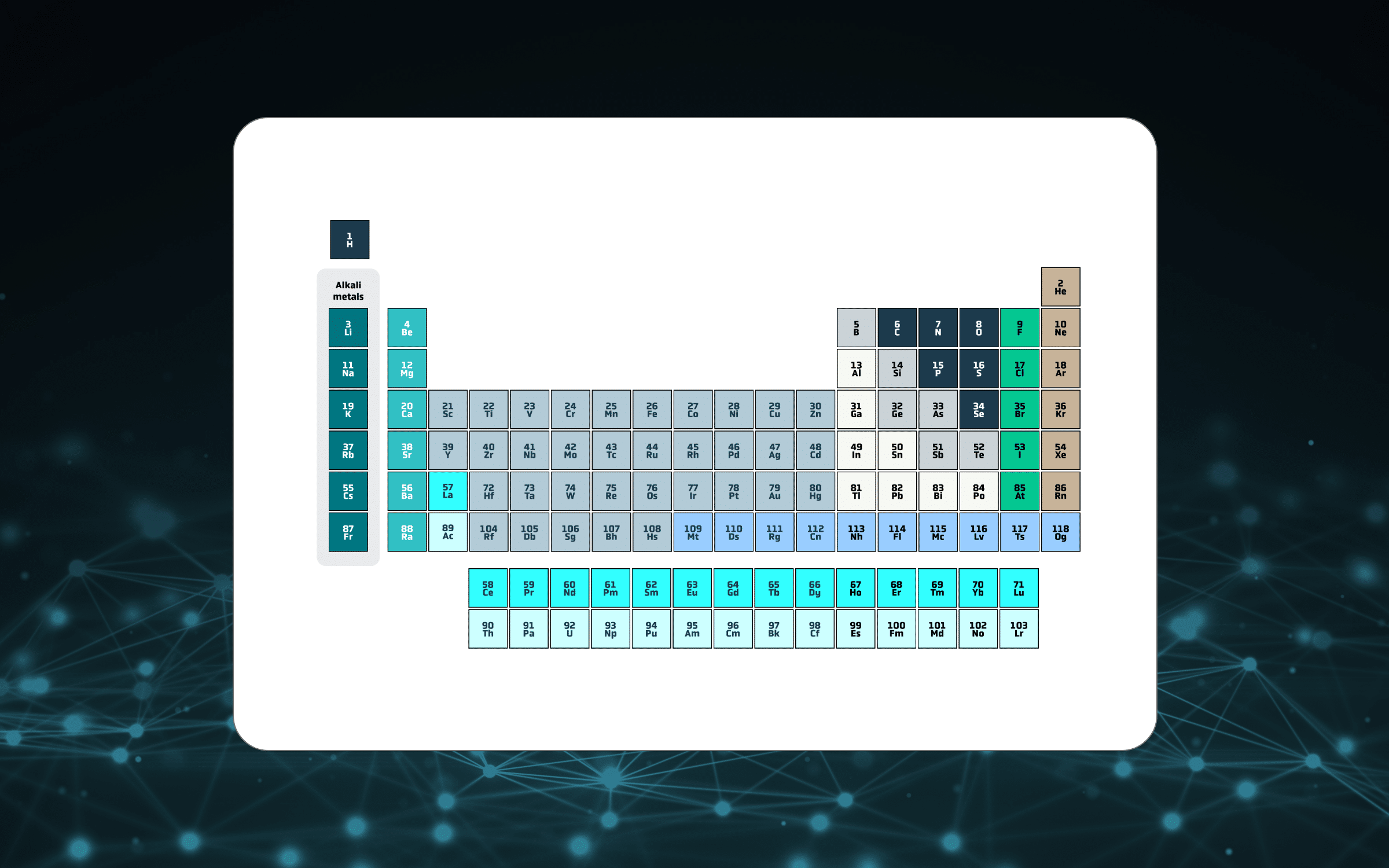 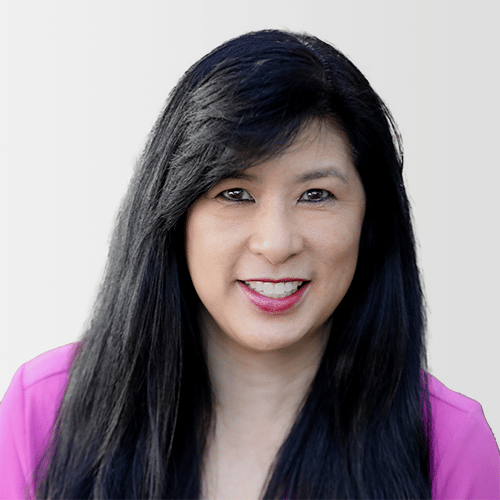